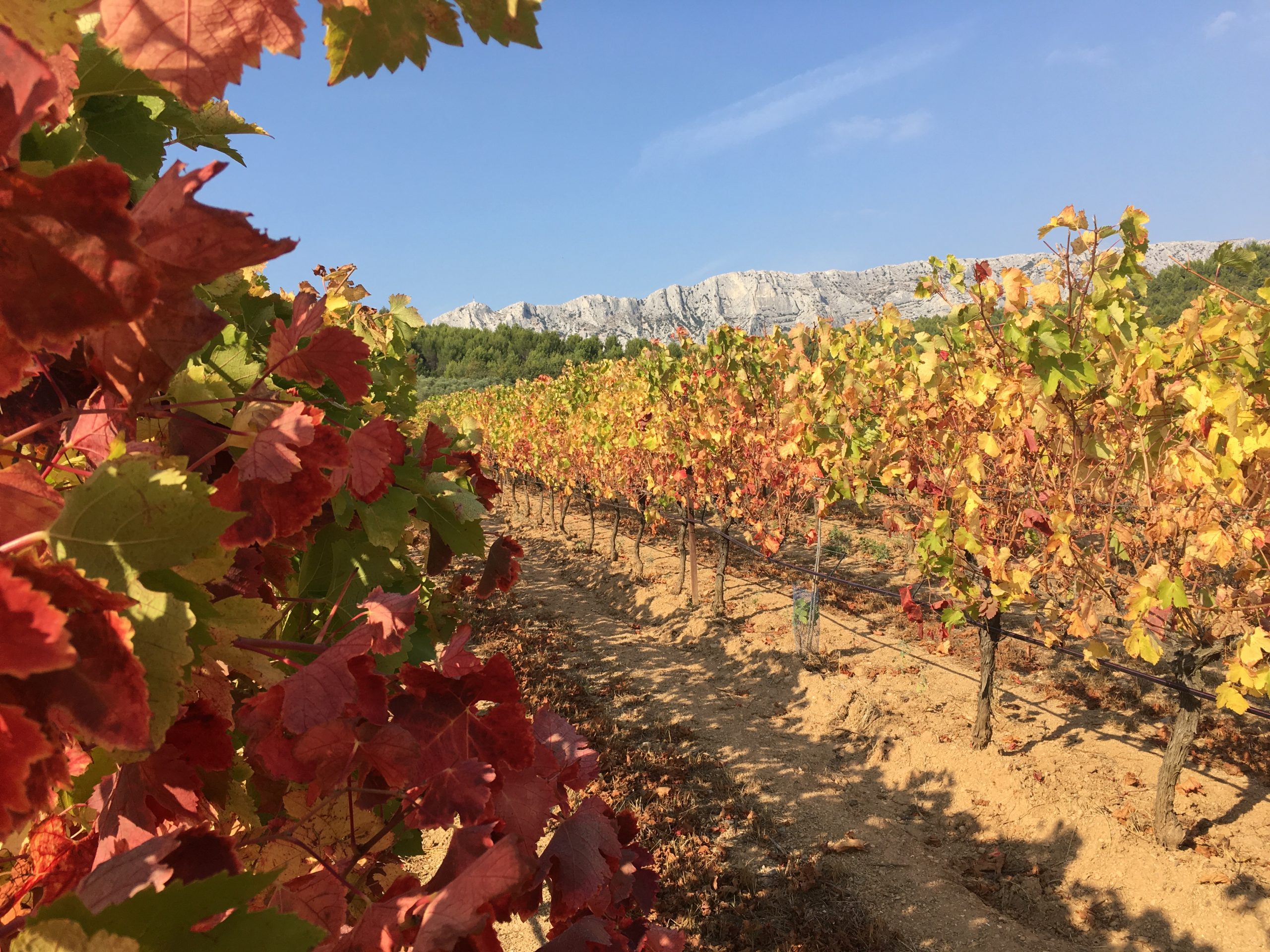 Mainly from the selection of our two Syrah plots facing West/North-West with a view of the Sainte-Victoire, completed by the Syrah plot closest to the winery, having been the object of a particular follow-up throughout the vintage.

Harvesting at night or early in the morning. The proximity of the plots to the winery and the transport in small vibrating bins allow an optimal respect of the fruit.
Separation of the juice from the skip, which will be blended with the press juice. Generalized destemming, crushing according to the grape variety and the vintage. Passage of the grapes in an exchanger to bring it to the coolest temperature possible.
The Domaine has two small presses, allowing a work adapted to each parcel. The carbon dioxide inerting starts when the juice flows out, and will be maintained throughout the process. Thus, our rosés do not generally have any sulfites added until the end of the fermentation process.
We implement a cold stabulation process which consists in lowering the temperature of the grape juice around 0°C and in suspending the lees daily for two weeks, in order to reveal the aromatic potential of the musts.

The juices are then racked and the temperatures are regulated between 16 and 20°C for the alcoholic fermentation, according to a logic of small batches allowing the development of our parcels and a maximum of complexity. For this cuvée, one third of the volume was vinified in demi-muids (600 liter French oak barrels) for one month.

The freshness of this gastronomy rosé makes it possible to consider spicy or strong Mediterranean cuisine (couscous, moussaka), its vinosity makes it the ideal companion of grilled meats, or sweet and sour flavors, such as pork with caramel.

Best appreciated in the 2 to 3 years following the vintage.